announcement
Notice: The Japanese Red Cross Society materials are temporarily unavailable as we prepare for exciting, new updates to the archive. 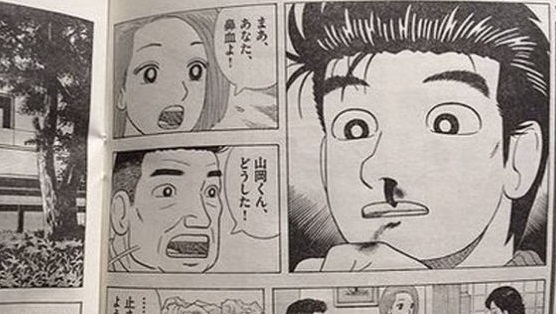 insert_drive_file A blog documenting the repoening of the ishinomori Manga-museum. Seems to have been a big deal for the community.
add

insert_drive_file This is the main website for the Ishinomaki manga Museum. They have archived posts which detail what happened and how they received support and how the revitalization was progressing.
add

insert_drive_file The world premiere of a new movie for the cyborg series in ishinomaki, at the Ishinomori Manga Museum (Ishinomori家 is from 石巻). One of the things he mentioned in his speech was how proud he would be to show it here in Ishinomaki for hte first time, despite recovery still going on (this was 2012). Keeping up the spirit.
add

insert_drive_file Article talks about Manga as a means to have discussions about certain topics... to bring things into LIGHT! Since it is more easily accessible than others. Some manga have highly politicized messages, or pleas for belief about some things, while others just tell stories. Manga ran the gambit during 3/11.
add

Manga 3.11: The Tsunami, the Japanese Publishing Industry, Suzuki Miso’s Reportage, and the One Piece Lifeboat

insert_drive_file A long blog post discussing the manga community and its efforts following the disaster, but also talks about its pitfalls and how that industry and the publicity industry in general were effected. " The public has been reminded many times over how manga is helping Tohoku, but there is almost no one writing about how the industry itself has suffered and changed." Talks about one kind of manga and how it reported on the disaster and its relationship to the manga industry. Also talks about how disaster victims were desiring One Piece, went to great lengths to try and read it, ultimately a business opportuniry
add 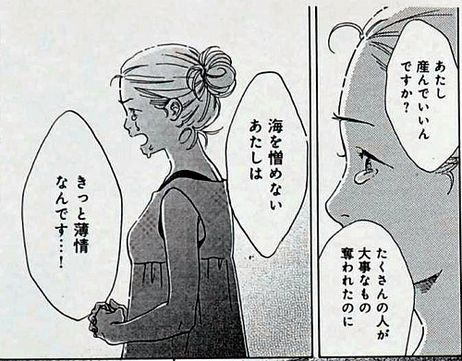 insert_drive_file A manga talking about the hardships but also the community that victims of the disasters found in relief shelters.
add

insert_drive_file An article detailing Inoue Kimidori, a Manga-ka from Sendai who has been very active in publishing countless mangas about the 3/11. It talks about both her experience, her data collection, and what she hopes to do convey with the material. ------ “正義感” や “使命感” を強く持ち、その気持ちに突き動かされているのかな。と、勝手に思って質問したところ、返って来たのは「そういったものはありません」というあっさりした答えでした。
add 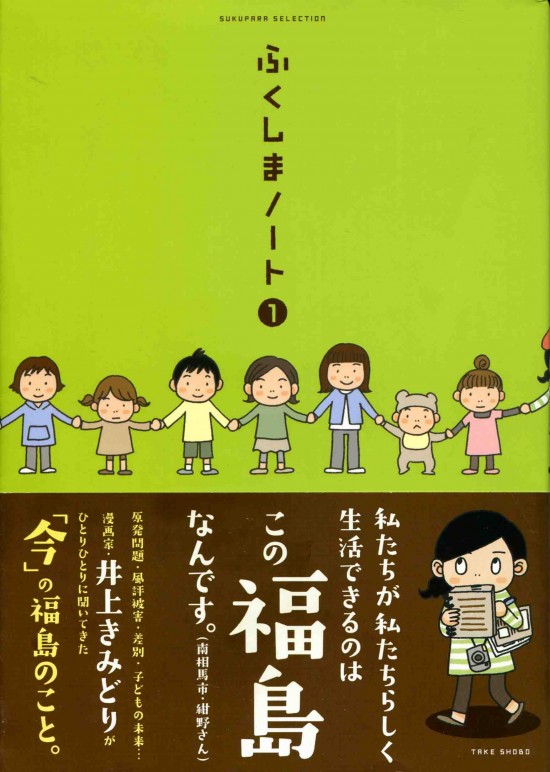 insert_drive_file Currently in possession, will read soon. Interesting thing to note is that the author is actually from Sendai, and went to Fukushima to figure out people's stories.
add 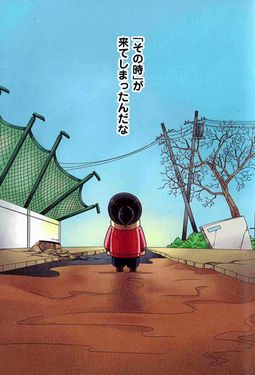 insert_drive_file Article about an essay manga warning about the experiences of the earthquake soil liqufication, and the many struggles that came with rebuilding.
add

The Role of Manga in Postdisaster Japan

insert_drive_file "I felt that manga needed to show the daily reality that went beyond the scientists’ figures. Despite all the hardships and pain we’re living through now, there are still plenty of reasons for hope if we look ahead 50 years into the future. That was my thinking when I drew Umibe no mura." - Quote from one of hte Manga artists in Japan that explains the purpose of manga at a time like this. ----- "Despite the continuing tendency to regard manga as simple entertainment, the talk and the exhibition that followed showed the surprising range of ways in which figures from the world of manga have responded to this unprecedented disaster." ----- "Morvan credits the impressive response to the inspiration that illustrators around the world have drawn from Japanese manga and the affection for Japan that many artists feel as a result. The fact that manga can be produced more cheaply and quickly than video and film was another factor that made it possible to get the messages of encouragement to Japan promptly." ----- "Check out "smile" hyperlink - work of a mangas artist, mmediately published them on twitter following the disasters. Check out other link in there as well. Artists did all they could in their positions as entertainers, to root for and cheer on and support victims of the disaster. ------ Even after 9/11, there wasn’t much response in manga. But this time, with all the concerns over radiation, things have hit closer to home. And thanks to Twitter and blogs, manga artists have been able to publish their own ideas and projects without going through a publishing company. That’s made a huge difference.”-------------------------------"Manga has its own distinctive role to play. The job of politics is to deal with the major issues of the day. Journalism keeps problems in the public eye, and science works to analyze the situation and find a solution. Manga, by contrast, can play an important role by expressing compassion for victims, and showing a hopeful picture of the future—even if it is only an imagined vision." - Is that really true???/
add 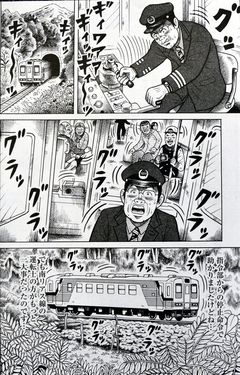 insert_drive_file Manga as a means to tell stories from the actual event, display ways in which people are recovering and what is still left to do.
add 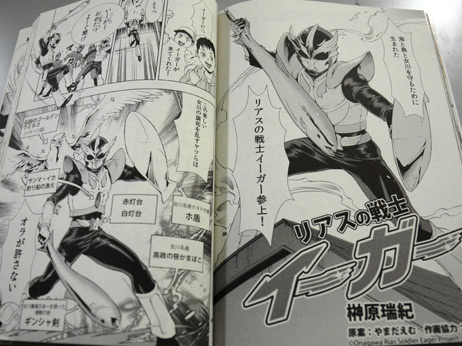 insert_drive_file "Eager" was the local hero of the town of Onagawa in Miyagi Prefecture. After the earthquake, he was included in a manga made to support victims of the earthquake.
add 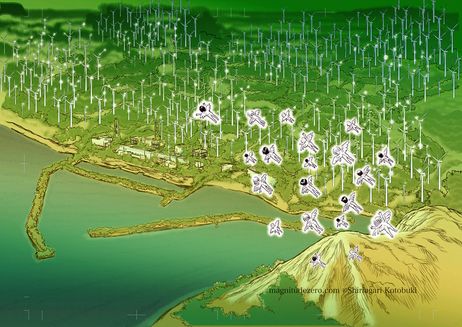 insert_drive_file A collection of art from artists in Japan and other parts of the world. Contains imagery to talk about the calamity, also has bilingual components. Also on sale for charity.
add

insert_drive_file A blog post. Discussing this manga collection prodcuded and edited by 11 manga artists throughout Japan, who had gone to the region to talk with people and hear people's stories. A way to raise money, charity for victims and communities of the 3/11 disaster. Seems really popular. Large impact through the world of art. Interesting, in this blog, one of the manga artists talks about how she was worried about how to present certain things, how to talk about things neutrally. She didn't want to get things wrong, but felt lost in deciding what to include. Also said she didn't want to hurt people. This sense of truth & objectivity. Overall, learned alot about her own humanity it seems like.
add

insert_drive_file The blog for the 311 stories manga series, they also have other volumes, and a three years later volume as well. But again, the people who wrote these volume are not necessarily from Sendai.
add 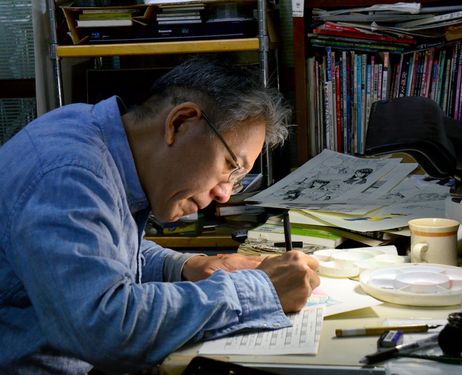 insert_drive_file Another example of the ways that manga is contributing to the community in concrete ways. Charity. All the proceed of their manga books went to helping orphans from the tsunami disaster! interestingly enough, this was how they saw they could best help people. Included two arists from the affected prefectures (Iwate & Miyagi) and famous mangas as well.
add 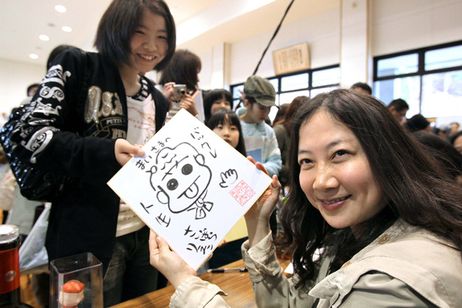 insert_drive_file Manga artists gathering to give drawings to kids and families affected by the nuclear inicident. Community outreach, volunteerism. Kids were really excited to meet them, see them. Brought up their spirits. Interestingly enough, one artists said that people have to help the affected area, and buy more fod from Fukushima to support people.
add 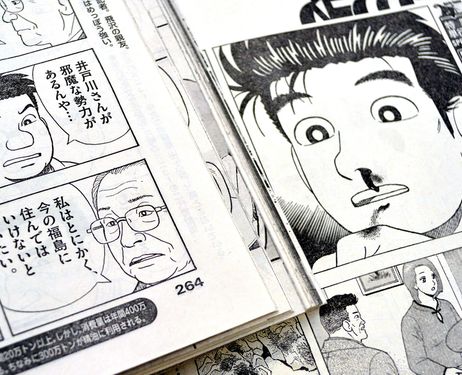 insert_drive_file While manga has certainly had the opportunity to raise money and tell people's stories and lift people's spirits, it also certainly can have a negative effect. A long-running manga had a chapter where the main character was in Fukushima. People reacted negatively because the portrayals were allegedly based in fiction as opposed to reality, and sensationalized what had happened there. Ultimately, the residents and government of Fukushima criticized it as harmful to the industries and image of the region.
add

insert_drive_file Politics of bringing certain issues to the forefront... Oishinbo was suspended for portraying Fukushima as unsafe from the nuclear disaster. More calls for authors & editors to meet with people in Fukushima + added scrutiny "Katsutaka Idogawa, the former mayor of a town in the area, also talks about how he has had nosebleeds since the accident. In real life, Idogawa, who left his job after a vote of no confidence, has been a vocal critic of the cleanup efforts, and after the manga appeared he posted photos of himself with bloody tissues on his Facebook page." ----> Trying to share the truth? Acting a news reporter, but is it too irresonsible? - Ironic, in a sense no?
add

insert_drive_file Argues that Japan has a history of disaster narratives because of its "precarious position" on three tectonic plates, plus the immense trauma of the atomic bombings of 1945. Also argues that in these popular depictions, disasters repeat themselves only to be rebuilt, but reconstruction is just a means to sweep ideas under the rug. Japan is struggling between keeping things as they were, or going in a new direction? Since the war, Japan expresses its "anxieties" through other disaster representations. Japan uses its disaster narratives as a means for reconstruction, but also a mean to point out its own anxieties? - nuclear fallout in akira, godzilla & other monsters in post-wwII, criticizing changes in Japanese culture (materialism in 80s, etc.)
add 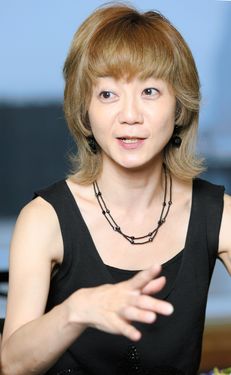 insert_drive_file Finding blame in manga? Apparently, people are critiquing Tezuka, and his family for propagating the idea that nuclear energy was safe nearly half a century ago. They say his work how we have gotten to the incident at hand. Politically charged, based on content and messages of certain media.
add

insert_drive_file A Manga Train, was used this past summer in order to revitalize tourism in Tohoku, very recent development. It's been 5 years, is it time to improve the situation of the Tohoku? Apparently this project was not only put on by the JR train network in Japan, but also the 大震災出版対策本部 which is this organization that was formed in ON March 23rd 2011 to help the Tohoku region recover from the disaster. Primarily, it has done stuff like give books to kids and help revitalize and reconstruction libraries, and essentially promotion literacy as a means to foster a sense of community in the region once again.
add

insert_drive_file Movie about how two high school kids were curious about their futures. One stayed in Tohoku to be help his dad as a fisherman, but ended up also helping the community. Another girl wasn't too sure about her future, but she became a doctor and came back to Tohoku because otherwise she would've felt guilty. Not only immediate recover, covers from Heisei 23 to 25.
add 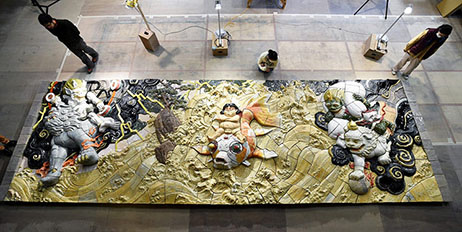 insert_drive_file The creator of the one the most critically acclaimed and representative anime movies (Akira), Otomo created a mural (ceramic relief) that has been displayed in Shizuoka, it will be moved to Sendai aiport. He says that the mural is supposed to get children who did not experience or remember the 3/11 dissasters, to get them interested in it.
add

insert_drive_file The actual image itself, apparently Otomo said it was meant to reflect the youth of today going forward into the future (alongside thunder and wind).
add

insert_drive_file An anime created by Zapuni LLC. What is interesting about this anime is that it was actually a joint effort between Japanese animators and I believe English musicians. The plot revolved around these angels praying for the sun to come out to help Tohoku revitalize. A few weird things were present, however. All the angels were young females, why not older people, why not males? The creators also mentioend that they said they felt like angels, because there was nothing more they can do but pray, is that what the situation was like for many other Japanese?
add

The Nuclear Disaster, Tsunami, and Manga

insert_drive_file Video presentations of what the stories of certain mangas from the 3/11 are trying to convey. According to this professor, Story 3/11 and its secquel raised $100,000 for affected areas. 28:16 - How people are overreacting about radcioactivity in Fukushima, focuses on the troubles & the damagaes and harmful rumors caused by misiniformation. Fukushima No-to ---- 33:00 Journalistic Mangas, covers individually in details. One's situatio could vary widely, depending on the amount of radioactivity.
add 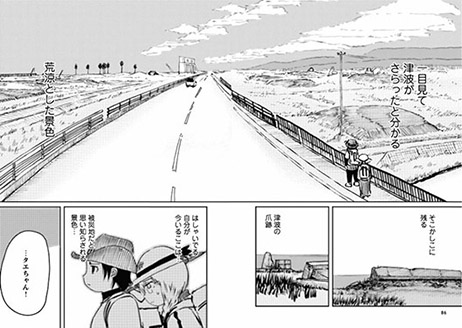 Choose from collection item photos or upload a new photo.